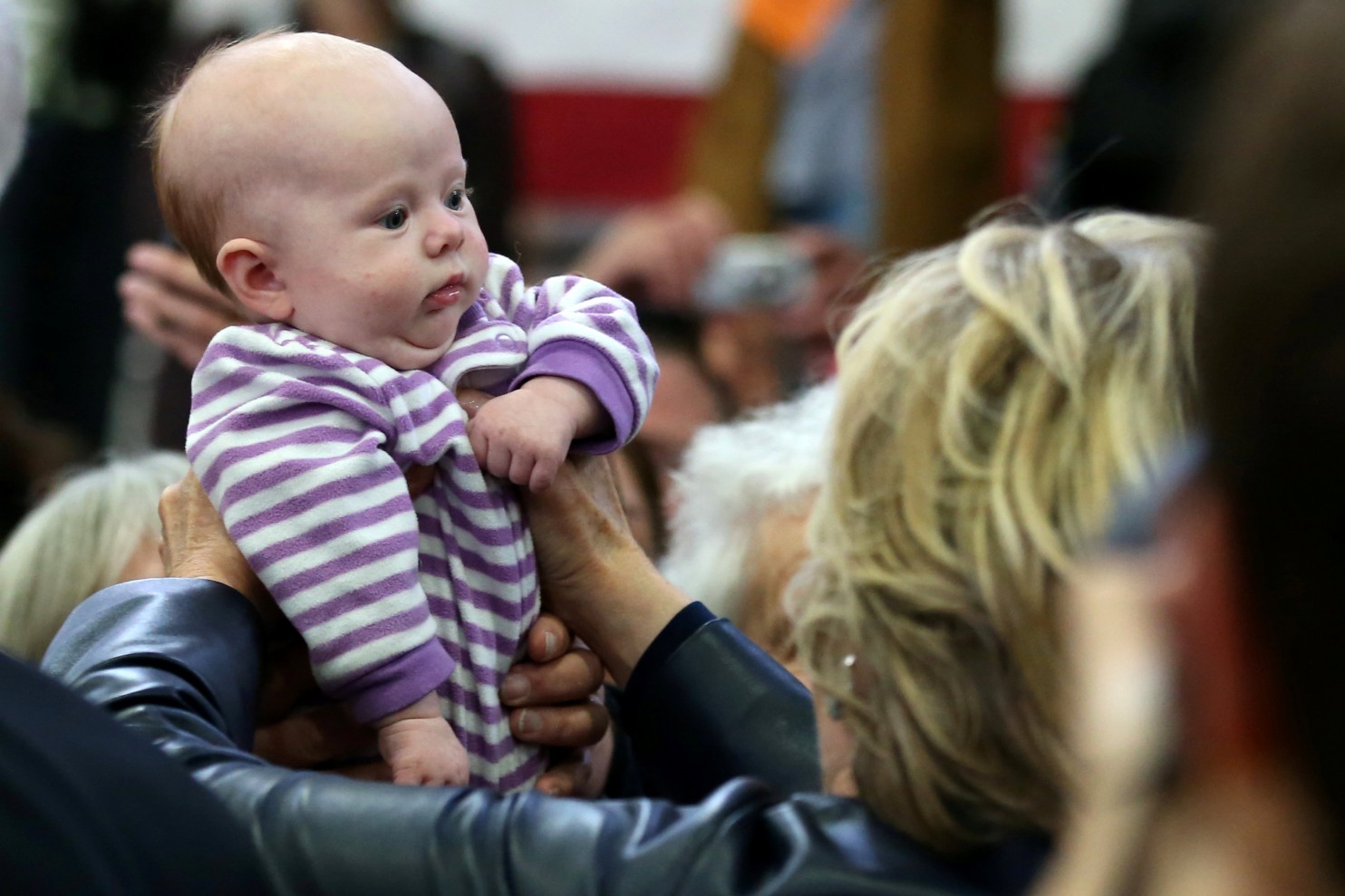 The American Academy of Pediatrics updated its advice on how to prevent sudden infant death syndrome (SIDS) and other sleep-related deaths in a policy statement released Monday.

The guidelines reaffirm many of the recommendations from the AAPâs previous policy, published in 2011. Parents should place babies to sleep on their backs and on a firm surface without any soft or loose bedding. Itâs safest for babies to sleep in the same room as their parents but not in the same bed.

What is new is acknowledgment that tired parents sometimes fall asleep while feeding their babies, and they should plan for that. âWeâve heard stories of parents who take their baby to the couch to feed, because theyâre afraid that theyâll fall asleep while feeding on the bed,â said Rachel Moon, professor of pediatrics at University of Virginia School of Medicine and lead author of the policy statement. âSince the couch is a much more dangerous place for this to happen, we wanted to be sure that parents knew this.â

This scenario may be particularly common for breastfeeding mothers. âThe process of breastfeeding renders a mom sleepy, physiologically,â said Lori Feldman-Winter, professor of pediatrics at Cooper Medical School and co-author of the AAP policy statement. If a mother thinks she may fall asleep while feeding, âwe actually recommend that she feed the baby in the bed, because feeding the baby in a sofa or an armchair is more hazardousâ if she falls asleep, Feldman-Winter said.

For the first time, the AAP also offers guidance on how to make an adult bed safer for a baby. Pillows, sheets and blankets should be removed from the bed, and the mattress should be firm. Parents should never use alcohol or drugs if a baby is in the bed.

As many asÂ 60 percent of parents in the United States sleep with their babiesÂ at least occasionally, butÂ the safety ofÂ bed-sharing is controversial here and abroad. âThe AAP have finally acknowledged that parents can frequently fall asleep whilst feeding their infant whether they intend to co-sleep or not and that it is far safer to do this on a parental bed than on a sofa. I think the initial approach of simply telling parents not to bed-share did not really work,â said Peter Blair, professor of medical statistics at the University of Bristol in the United Kingdom.

In the United States,Â about 3,500 babiesÂ die each year of SIDS and sleep-related accidents such as suffocation. TheÂ rate of SIDS plummetedÂ by about 50 percent in the 1990s after the âBack to sleepâ campaign encouraged parents to lay their infants down on their backs. In the 21st century, though, progress in reducing these deaths has stalled.

Breastfeeding, immunizing on schedule, using a pacifier, and avoiding cigarette, alcohol, and drug use in pregnancy and after birth are all associated with a reduced risk of SIDS.

The updated policy statement recommends that babies sleep in the parentsâ room for at least the first six months of life and preferably the first year. Research suggests that roomsharing can reduce the risk of SIDS by as much as 50âpercent.

Natasha Burgert, a pediatrician in private practice in Kansas City, Mo., says that most of the parents she sees move babies to their own rooms after a few months, but she will recommend sharing a room for longer. âI think this is going to challenge a lot of families,â she said. âThe concept of bringing home your newborn baby and putting them into this beautiful nursery is so ingrained in my patient population. .â.â. Itâs less of a concept to think that youâre bringing home a new roommate that you are going to have for a year.â

The AAP says parents should use baby beds that provide a firm, flat sleep surface, such as cribs, bassinets or sleepers that attach to the side of the parentsâ bed.

Moon says the goal for these guidelines is to give parents the information they need to keep babies safe, even if itâs sometimes difficult to follow the recommendations. âI hope that pediatricians and parents can have honest conversations in which parents donât feel like theyâre being judged,â Moon said. âThe pediatrician might actually have some good ideas for how to deal with what theyâre struggling with.â